They Never Prepared Me for This

When you first start your family, everyone has an opinion on how it will be or how it should be. They remark on how you are carrying your pregnancy, and even take a guess at what the gender is. People will tell you that you’d better sleep now; and they will throw you a shower and gift you all the things from your registry to celebrate your new little one. They may even throw a name suggestion in the hat.

Now, I liked to be prepared for everything. I like to know all the details and the dos and don'ts before I delve in to something. And I thought I knew what I needed to, but all those people who showered me with gifts and opinions, they never prepared me for this.

We were pregnant with our first baby in the Fall of 2012, the year after we got married. We were excited to be parents, but also nervous for what lied ahead. We attended parenting class, and did all the things we were told that we should do. As delivery day approached, I grew nervous and scared. I couldn’t possibly birth a baby! Women do it every day; but there’s no way that I could do that.

But, the reality is that I would have to do that. It was happening whether I wanted it to or not.

My first labor lasted approximately 5 hours. It was intense pain, but what was even more intense was the doctors checking my cervix every half hour. That pain was awful! WHYY does it have to hurt like that? Nobody prepared me for that! The exams, poking and prodding of all my lady parts throughout my pregnancy was almost overwhelming.

When I was approximately 7cm dilated, I caved and asked for an epidural. If I would have pushed through the pain for another 20 minutes, I would have seen that I was right there at the end of my labor anyway! And wouldn’t have had to be a prisoner in my bed for the next 2 hours. Epidurals are paralyzing, literally. I felt like a failure too. An epidural was not part of my plan. Nobody prepared me for that.

But when I got to hold my first baby in my arms for the very first time, I felt an overwhelming sense of emotions flood through. I felt relief that it was over, I felt immense love for this tiny human, and when I looked over at my husband who was also crying, I felt the deepest connection to him. Nobody prepared me for that moment.

Breastfeeding was portrayed as this beautiful bonding experience with your baby. It was glorified to the highest standard, and was constantly shoved in my face by the hospital. While I knew that’s what I wanted to do, nobody prepared me for the reality of it. Guys, it was hell for us.

Ayla wasn’t the best at latching; and every time it was time for her to eat, I cried. I sat there, with stiches in my lady parts, while trying to nurse a baby who had ruined my boobs to the point of bleeding. It was the most painful experience, and I felt so defeated! Nobody prepared me for that.

I wanted to provide the best for her though, so we switched to exclusive pumping, until she no longer wanted my breastmilk. That was a hard pill to swallow. Nobody prepared me for that. (full breastfeeding blog post to come at a later date)

Post-partum blues are a real thing too. I didn’t realize it at the time, but looking back, I now realize that I struggled with a bit of post-partum depression. I got some literature on it from the hospital, but I never felt prepared for it. The sleepless nights, uncertainty of every "first" moment, and second guessing yourself is so hard! This is why people say it takes a village to raise a baby.

When Ayla was around 3, we decided that we wanted to expand our family to four! My second pregnancy was similar to my first. “You’re carrying low.” “you sure there aren’t twins in there?” “are you hoping for a boy this time?” All the same remarks as the first, but no real advice on what was to come.

And with this pregnancy came another struggle. My job. I worked full-time at a job I loved, and I worked hard to get to where I was. With a 2nd baby, our lives were sure to be much more demanding, and I knew that was coming. I struggled with the thought of spending more time with my family, or focusing on my full-time job. Not many families have the opportunity to allow for a stay-at-home mom, but ours did. I wasn’t sold on the idea of doing the SAHM gig though! It was such a hard decision for me. Nobody prepared me for the heartache in choosing a career, or more time with my family.

In the end, I compromised. I stayed at my job, stepping down to part-time and letting go of the position I worked so hard for. And in the end, I found a unique balance of work & personal life.

Labor with my 2nd, Lara, was faster than my first! In 3 hours, she arrived, and I knew what to expect. I was so ecstatic to be able to complete that delivery with no pain medication. I prepared myself for that.

Seeing her for the first time was the same flood of emotions as seeing Ayla. The overwhelming sense of love flooded me again.

And just like my first baby, we tried breastfeeding again. Though not quite as painful as the first time, it still wasn’t right. So, again, we resorted to pumping only until I didn’t produce any more.

In the days and weeks to follow bringing Lara home, Ayla struggled to adjust. It is hard to go from being the only child, to now being one of two children! She had a hard time, but nobody prepared me for the meltdowns, and outbursts that would ensue. Nobody told me that while I was tending to the baby is when she would act out the most; when she would get in to all the things that she wasn’t supposed to. And as they got older, and their bond started to form, and their love for each other would grow so immensely. Nobody prepared me for how my heart would swoon at them together.

Children also take a toll on marriage. The demands are more, the attention is stretched, the duties double, and tensions can run high. Nobody prepared us for this. We stumbled a lot, we fought, we made up, we found our way. There were many times when I felt jealous; jealous that he could eat a hot meal while I either had to eat fast, not at all, or when it was cold. I felt jealous that he could get ready for work with ease, while my mornings looked more like the Ringling Bros circus, except I was a terrible ring leader because I had to get myself ready too. I felt jealous that he could play with the kids while I had to cook or clean up. But guess what? He doesn’t get to stay home part time with them, he misses out on some of their firsts because he is providing for us. You see, it works both ways.

Are we perfect? No. But we work together, we compromise, we communicate, and we find balance. You have to be willing to take a look from the other perspective too in order to fully appreciate your other half. Let me just tell you that there is nothing more heart-warming than watching your husband grow as a father. Seeing him play with your children, make them giggle, and teach them valuable skills. I’ve never been so proud of him for all he does.

After Lara, we decided that we were done having children. Our family was complete and we were so content with our crew of 4.

So when the opportunity to surrogate for another family came our way, I just knew we had to do it. It’s not something we were actively seeking, but it found us. We met with the couple and immediately felt in our hearts that this is something we were called to do. They were so deserving, and if we were able to provide them with their own child, we wanted to do that for them.

And then a week after meeting with them, we discovered that we were pregnant with our own. A 3rd Stein baby. It wasn’t in our plan, and I felt an immense sense of guilt for the next 3 months. This wasn’t supposed to be ours, it was supposed to be theirs. Nobody prepared me for that.

Eventually, after much soul searching, and silent prayers, I knew that this was out of my hands. This was God’s plan. You see, I tracked everything. My ovulation days, right down to the day, and this pregnancy was one of those 1% chance happenings. HE knew what he was doing.

In the Summer of 2016, my brother-in-law, SSG Daniel K. Stein, took his life after a long battle with PTSD. After his passing, the way we valued life’s moments changed. Life happens once for all of us; and if we don’t embrace every second, that is a second wasted. God blessed us with the opportunity to create one more life, and it was through her that I felt like we began to heal as a family. She knew we needed her even before we knew we needed her. We loved a little harder, we cherished a little more, and we slowed down to breathe in all the moments. It’s also through this process, that I feel like my husband and I gained a stronger sense of love and connection for each other; and I didn’t think that was possible. Nobody could have prepared us for that.

Nora’s birth was similar to Lara’s, quick and without pain medication. This time, I got to experience it with one of my best friends by my side – so grateful for her! (Wendy, you are a rockstar for all you do!) Seeing Nora for the first time was like dejavu. She looked like a replica of Ayla and was the sweetest little baby!

Adjusting at home was a little bit like our first experience bringing Lara home, but it was bit easier because we knew what to expect. And breastfeeding- I am so ecstatic to report that we nailed it this time! Still going strong at 5 months old. We finally felt prepared for this! With the right support and lactation help, we started off strong.

Shortly after the birth of Nora, my uterus prolapsed. Every time I tried physical activity, I was very uncomfortable. That, coupled with my BRCA2 gene mutation, made me a candidate for a hysterectomy. BRCA gene mutations are indicators of high likelihood for breast or ovarian cancer. It’s a hereditary gene. So the procedure was scheduled, and on June 25, I had a total hysterectomy. At age 33.. I thought I was ok with it, until I started packing my maternity clothes away.

Then it hit me. This was IT. I cried and my heart hurt.

There will be no more pregnancies, no more babies to wake up in the night with, no more breastfeeding, or pumping, or bottles to wash. As Nora grows, all her things that she’s grown out of, will no longer have use in our home. This was the end of a chapter for us.

And nobody prepared me for that. 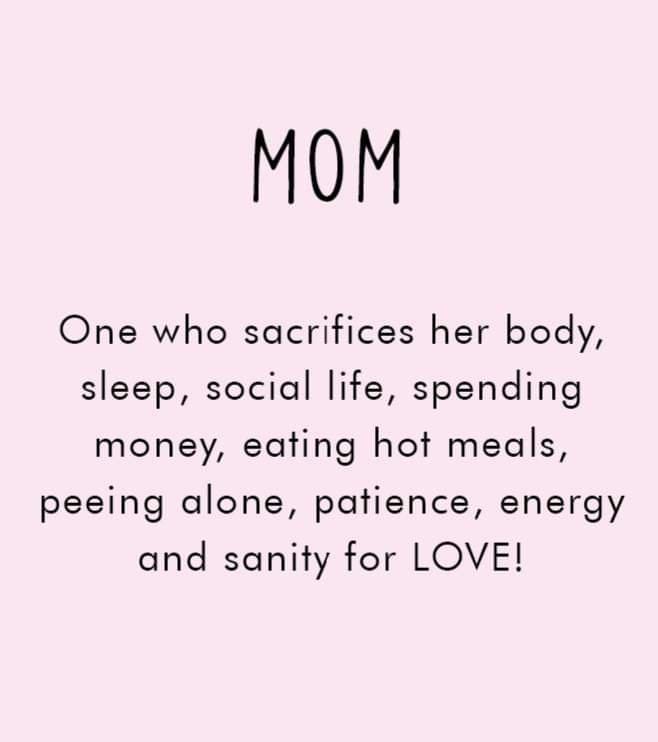 Life is a series of moments, some of which you can never fully prepare for. Embrace the chaos, and enjoy the ride.

The Secret is Out!

Making Lemonade From Those Lemons